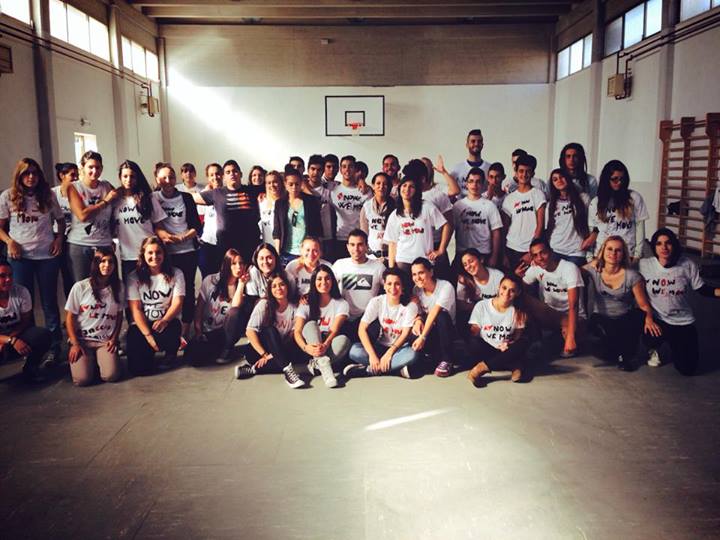 “Two Islands, One Move” (TIOM) was a MVNGO project with the aim to create an open exchange and gather together in a place youngsters coming from two very similar communities: Corsica (France) and Sardinia (Italy), two islands separated by a passage of only fifty minutes boat.

Promoted by the International Sport and Culture Association (ISCA), this special week, with events all around Europe, encourages every year sports and physical activities and their positive impact on European societies in order to have 100 million more active participants before 2020.

The project lasted from Monday October 7th until Saturday, October 12th and took place in Arzachena (Gallura, Sardinia). The participants were 60 young Europeans aged 15-19 from Sardinia and Corsica.

The promoter/organiser was Mine Vaganti European Youth Group (MVNGO), an association that promotes positive values of Sport and healthy life style among youngsters. MVNGO was the coordinator in Sardinia.

The other promoter, Centre du Sport et de la Jeunesse de Corse (CSJC), is a public organisation that promotes sport and cultural activities toward Corsican youth. CSJC  was be the coordinator in Corsica.

Our idea was to use the English language as main communicational tool during this 6 days of youth exchange, with young  people actively involved in each activities coordinated by their youth leaders.

The main  activities of this project were: a) City cultural game: treasure hunt, b) health circuit outside the city, c) Flash mobs on the venue, d) Non-formal education workshops during the activities listed above and open dialogue.

We  have decided to organise this project thinking that Corsica and Sardinia have common social issues, such as:

• No active lifestyle of youngsters;

• Lack of opportunities to move and discover new places even the closest ones like the neighbour island;

• Lack of Education about the possibility of moving abroad.

Due to the above analysis, the main aims of the youth exchange were the following:

Healthy lifestyle: The two islands have a strong common touristic tradition, hosting many outdoor lovers from many different countries. However, local communities from both islands are not used to experience themselves the beauty of their own areas. TIOM has valorised underexploited natural areas through outdoor sport and gave new opportunities to develop oneself towards physical activities in both landscapes.

European active citizenship: The two islands are identical in their mediterranean culture and history but different in their borders. By involving youngsters in the creation of the activities, TIOM has supported participants to feel entirely part of the project, opening borders and creating a link between the islands, using cultural activities through non-formal education workshops and creating open discussion spaces.

“Two Islands, One Move” has proved the idea of an European community with a unique identity and strongly intertwined destinies.

Solidarity and tolerance: The applicant organisation, Mine Vaganti works since 2010 to promote sport as a tool for integration and to fight against those social problems in the North of Sardinia. Sardinia and Corsica are isolated from their mainland, creating a feeling of exclusion. They are closer to each other than to their mainlands. By developing international opportunities, highlighting the 50 minutes short way to meet each other, TIOM erased differences and isolation feelings.

The international exchange through culture and physical activities entered in a process of a common cultural legacy heritage and discovery, pedagogical education on physical activity for all, and started an open dialogue between common problems and their solutions.

Youth in Action 4.3 “Inclusive Sport for All”