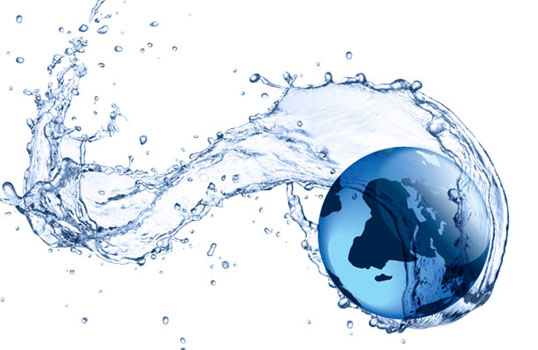 The objective of ‘Blue Social Growth’ is to develop, organize and evaluate an experimental pedagogical plan for the training of the populations living in small islands to address their pressing issues- like the recent immigration and refugees crisis- through developing blue growth economy social enterprises. It will predominantly target the most needed populations like migrants and refugees, by supporting them to establish collaborative social enterprises. Using action learning and e-learning methodologies on co-creation and entrepreneurship skills it aims to stimulate the needed 21st century skills for the development of socially innovative and impactful, collaborative social enterprise ventures that result from the interaction among the sea and the earth.

In 2016 148,355 migrants and refugees entered Europe (9/3/16) the cumulative arrivals to Greece stands at 144,899. In 2015 1,046,599 migrants arrived to Europe; Greece received 858,608 of them (Mediterranean Update, IOM, 01/16). These populations enter in Europe though the sea and their first point of contact are small islands and coastal regions that are often among the weakest regions in Europe facing already isolation and risk of being deserted. “Coastal areas often face high unemployment… it is our responsibility to help this sector develop and prosper” (EC Strategy Press release, Commissioner Damanaki, 20/02/10). “Islands face considerable challenges…They may lack human capital and possess limited public resources in health, education, research and innovation… EU’s southern islands have seen a large influx of migrants, whilst lacking the resources needed for their accommodation or integration…various studies suggest that islands can become ‘lands of opportunities’ by investing in their relative strengths” (European Parliament Think Tank, Jan 2016). Article174 of the Treaty on the Functioning of the European Union- TFEU recognises the special nature of island territories… Several insular regions and municipalities call for the development of an ‘insular dimension’ in EU policies. “The Union shall aim at reducing disparities between the levels of development of the various regions and the backwardness of the least favored regions. Among the regions concerned…attention shall be paid to…islands” ( EUR LEx, 2016).
“It is the maritime contribution to achieving the goals of the Europe 2020 strategy for smart, sustainable and inclusive growth.…The ‘blue’ economy represents roughly 5.4 million jobs” (EC, Maritime Affairs, Blue Growth, 2016). “There is a need of offshore activities supporting Blue Growth and employment… aim at boosting economic development, environmental services and entrepreneurial innovations – in particular in SMEs in rural and coastal areas.…aquaculture development aims at supporting and facilitating a sustainable economy…support aquaculture productions and communities with innovative solutions and technologies to ensure a sustainable offshore, coastal and inland development and growth”(Horizon 2020 WP Marine & Maritime, 2016-2017. “Coastal areas are important for growth and jobs, in particular for young people” (EC COM 2014, 86 Final). “European Commission recognises the potentials for development of the Coastal areas through both the Strategy for Blue Growth and the initiative for Maritime tourism… A powerful and intelligent maritime tourism will act as a catalyst for the economic recovery in Greece and throughout the European continent.” (EC Press Release, Damanaki Commissioner, 10/03/14).

a) The co-sharing and co-creation engaging marginalized – bottom of the pyramid- populations as value creation for survival and growth;

b) Learning; new approaches of action and e-learning should be developed, piloted and validated that will provide the skills needed for social innovation and social collaborative entrepreneurship in the Blue Growth Economy. Small islands due to geographic and transportation constraints need specific approaches to education and to establishing co-creation which has to be e-based.

The above actions will be achieved through:

2)Self-instruction, illustrated handbooks and textbooks on how ‘bottom of the pyramid’ populations can acquire these skills 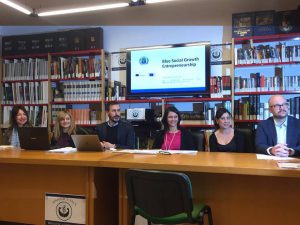