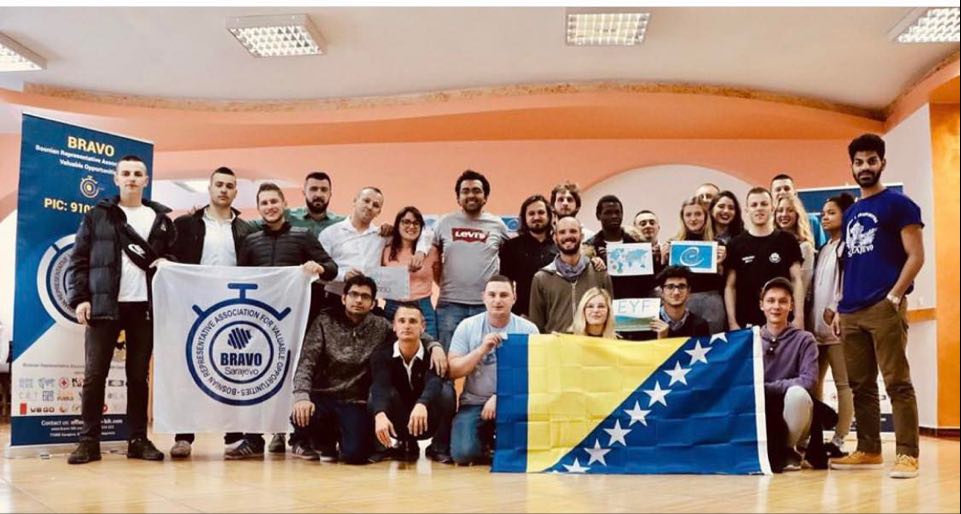 “InMediAct” (IMA) was a 6 day International Skills Development Activity based on Non Formal Education (NFE), which took place in Novo Sarajevo (Bosnia Herzegovina) between May 13 and 19 2019.
The audience of participants was composed of 20 youth workers aged 18-30 from 18 member organizations of the MVI network (presently comprising 37 members from Europe and 8 extra-European associate organizations).

IMA provided participating youth operators with the knowledge, skills and methodologies of NFE to foster youngsters’ critical thinking in approaching mainstream mass-media narratives, with a particular focus on the issues of migrants, migration and cultural diversity.
The focus of the activity was placed on contrasting the dynamics of stereotyping and de-humanization against migrants/refugees and individuals of cultural minorities (i.e. Roma) stimulated by phenomena of shallowness and sensationalism at the level of mainstream media.
The ultimate targets of IMA were young people aged 18-25 established in their own communities, who are recipients of media narratives and represent, in light of their embeddedness within their communities of establishment, potential multipliers (youth leaders) of an aware and responsible attitude towards media consumption.

– 6 Webinars of NFE tools contained in the Manual.

Meeting in the Middle

– 3 Videos raising awareness about the challenge of media narratives as vehicles for the advancement of stereotyped/discriminatory views about migrants, migration and cultural diversity and about the potential of youth participation in laying the foundations of a critical approach to media narratives.

Participatory Video of the project: