MVNGO organised a Cultural Exchange granted by the “Youth in Action” Programme in April 2012.

The goal of “Countreeside” was for the participants to acquire some of the so-called Green Skills. Troughout a non formal education methodology we increased the awareness of the participants on the basis that only by knowing Nature can an inborn characteristic in human beings be stimulated: their eco-friendly side/attitude.

Environmental education is crucial for the constitution of a society that is sustainable only if supported by the formation of an active citizenship and the promotion of a critical and propositive attitude in European citizens.

The CE wanted to demonstrate eco-orientated behavior and foster the development of ecological values that interact directly with the human society, as they are innovative drivers that allow the development of these dynamics that can also create more opportunities in the working area.

More specifically, we organized workshops on complex themes as the one about Green Energies, but also recreative games in complete harmony with the environment.

We organized excursions in the nearby area of Sant’Antonio di Gallura, Telti and Tavolara Island (some of the scheduled activities were changed and adapted because one of the participants got hurt) diplaying our typical ecosystems, we learned how to grow and maintain a vegetable garden, we discussed about the relation between human being and the nature  ( visitng Lake Liscia dike) and had moments in wich we learned old man-nature rites in rural habitations called Stazzi, typical for the region of Gallura. Also we saw the production cycle of milk ‘from the cow to the glass’, the production of bread and others biological food following ancient recipes.

The activities above were hold in an almost uncontaminated naturalistic context, the Gallurish country side, where life is still marked by the cycle of Nature (alternation of the seasons and production for own consumation).

The core of the project was the creation of Teams composed of participants that were aimed to provide the best solutions for the ecosystem of the Gallurish territory but that are valid anywhere (Glocal model).

The CE also wanted to offer concrete moments of growth: new forms of artistic expression with recycled materials and a contest called “The Greenest Dish”, a gastronomical competition with dishes created with ingredients provided by Nature during the CE. 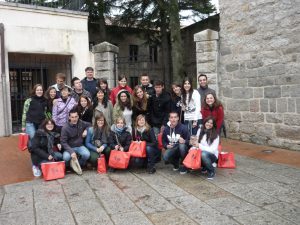