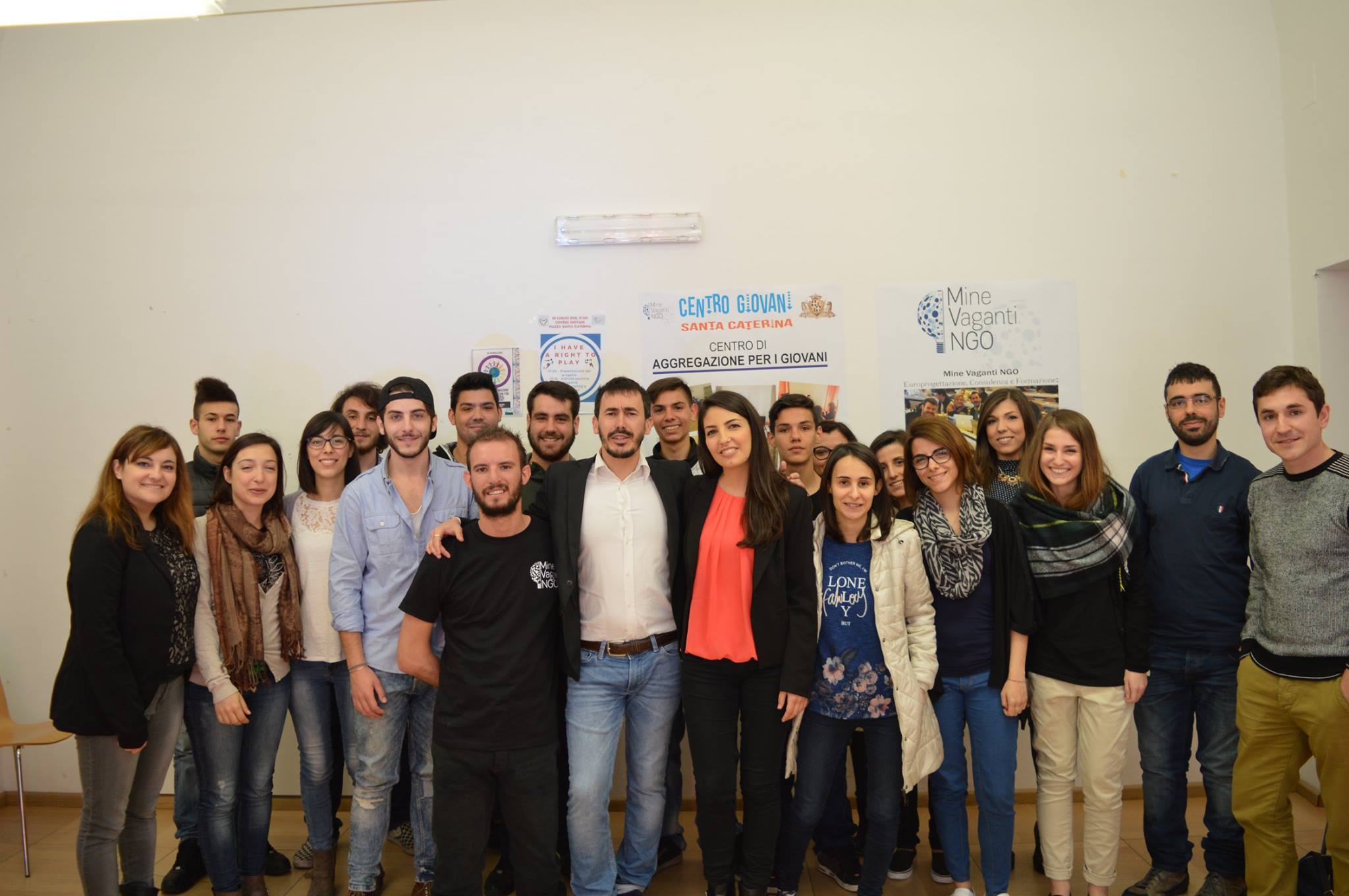 “Youth Education for Intercultural Development” was a Training Course delivered through Non Formal Education (NFE) tools which gathered in Sassari between 19-24 April 2016 a total of 20 youth leaders, youth workers, coaches and educators involved in working with young people at the local level.

The TC addressed the theme of multiculturalism, education to cultural difference, and intercultural competences (dialogue, respect of cultural peculiarities, recognition and promotion of cultural diversity as a positive asset).
The Training Course represented an answer to the general need for more competent and educated youth operators as a means to convey values, kowledge and tools of peace and intercultural dialogue to young people in local realities.
The applicant organization MVNGO magaged a Youth Center in Sassari (Piazza Santa Caterina) based on a convention with the Municipality of Sassari. Among the customers of the Youth Center were migrants and second generation immigrants.
MVNGO is among the founding members of the European NGO (ENGO) MV International and in this quality it played a leading role in the Social Campaign to promote the values of the No Hate Speech Movement launched by the MVI Network in October 2015.
The TC aims at answering to the ever more compelling need to educate younger generations in the values and instruments of intercultural dialogue, peace, inclusion and respect of diversity.
To achieve this far-reaching aim, the TC provided youth leaders, youth workers, coaches and educators from NGOs and assocations working in the wider area of Northern Sardinina with knowledge, attitudes and NFE tools to directly engage youngsters in their areas of operation with the ultimate goal of supporting their education in the values of cultural diversity, harmonic coexistence and cooperation among different cultures and groups, inclusion, tolerance and rejection of xenophobia and stereotypes.
The main objectives of the TC are:
– To provide youth workers, leaders and educators with knowledge and NFE tools to educate youth in the values of intercultural dialogue, tolerance, inclusion and rejection of xenophobia and racism.
– To raise awareness among youth workers, leaders, educators and, ultimately, youth categories about the realities of multiculturalism and the necessity of integration.
– To share and develop best practices in the realm of intercultural education.
The educational methodology adopted during the TC was Non Formal Education (NFE), comprising a set of strictly horizontal and participatory educational tools (role-plays, simulations, roundtables etc.) characterized by an immersive and easily replicable approach to learning. Organizers consider NFE, due to its non-hierarchical and informal nature, the most suitable instrument to guarantee an effective involvement of youth categories.

EYF 2018 “Let’s Be a Noisy Majority Against Political Extremism!”