Mine Vaganti NGO led a COSME project from April 2016 to September 2017, “Forever Young”, aimed at increasing, through transnational cooperation, the sustainability and competitiveness of the low and medium season within the framework of “grey-tourism” (Senior tourism customers aged 55+).

“Forever Young!”, approved in the frame of the specific COSME Call “Supporting Competitive and Sustainable Growth in the Tourism Sector” (COS-TOUR-2015-3-03) was one of the 11 COSME project proposals approved in Europe. The project represented a pioneering initiative, having been approved and launched in the context of a pilot programme as COSME in 2015.

The COSME programme aims at supporting the growth of small and medium enterprises in Europe by means of facilitating access to funding at the level of the enterprises in all the phases of the latter’s life and development (creation, expansion, transfer), in addition to acting for the purposes of strengthening their access to European and etra-European markets, while at the same time fostering business growth through a particular attention to the increase- in volume and quality- of entrepreneurial learning offer, with a particular focus on mentoring, guidance and support services.

The project involved the establishment of a specific online Platform dedicated to spreading and promoting project tourism offer www.foreveryoungtourism.eu.

“Forever Young!” purported itself to enhance transnational mobility by designing routes and products, based upon local cultural UNESCO heritage (immaterial and material such as oral traditions, monuments, Mediterranean dietary ecc.) in association with the promotion of local typical food and beverages in order to provide an unique learning experience: “living the culture”.

As a concrete product, tourism packages for stimulating transnational senior tourism flows were developed and tested.

Moreover, a total 54 deliverables (products of internal as well as external relevance functional to project progress) were developed over the 18 months of the cooperation. 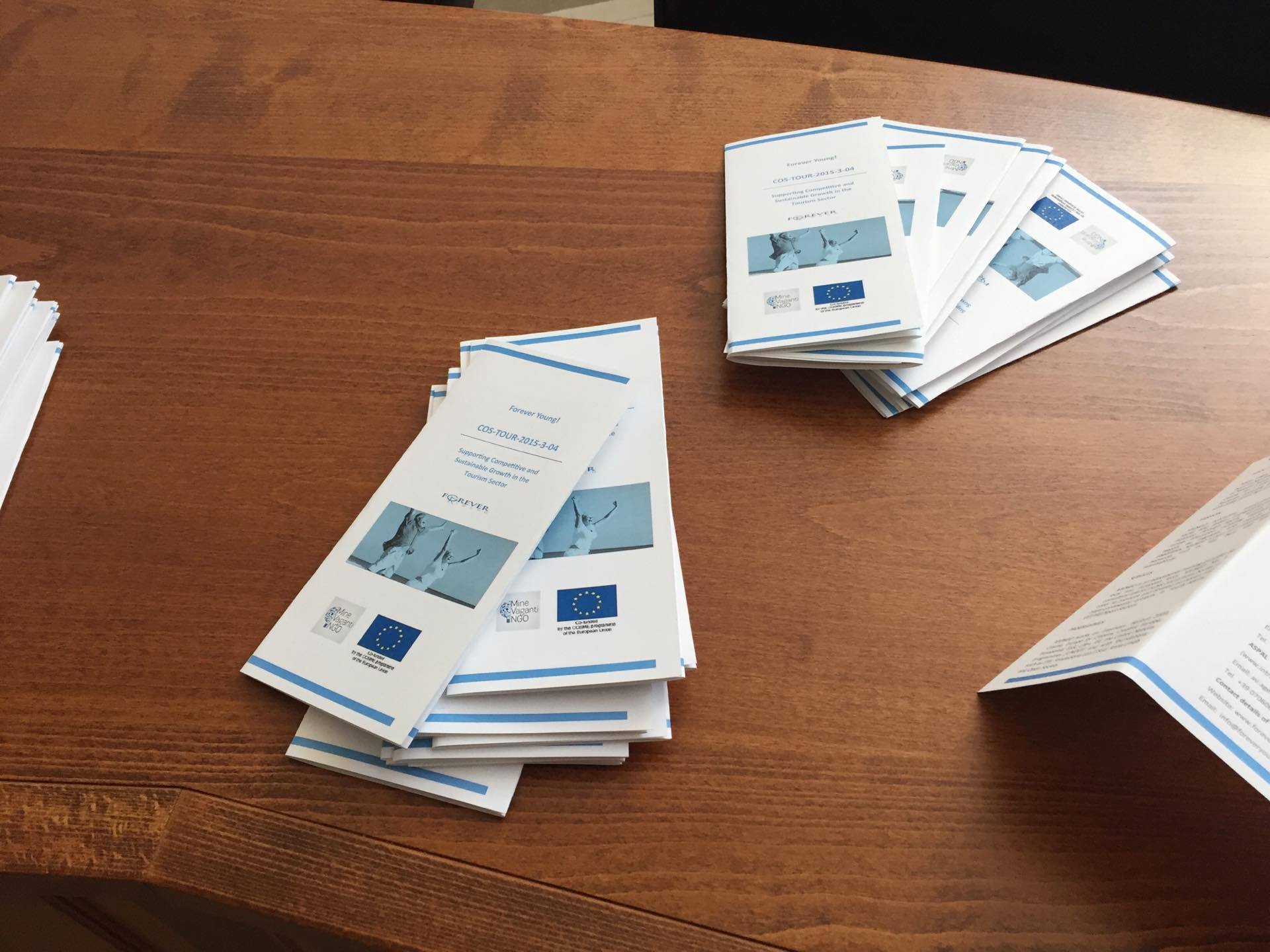 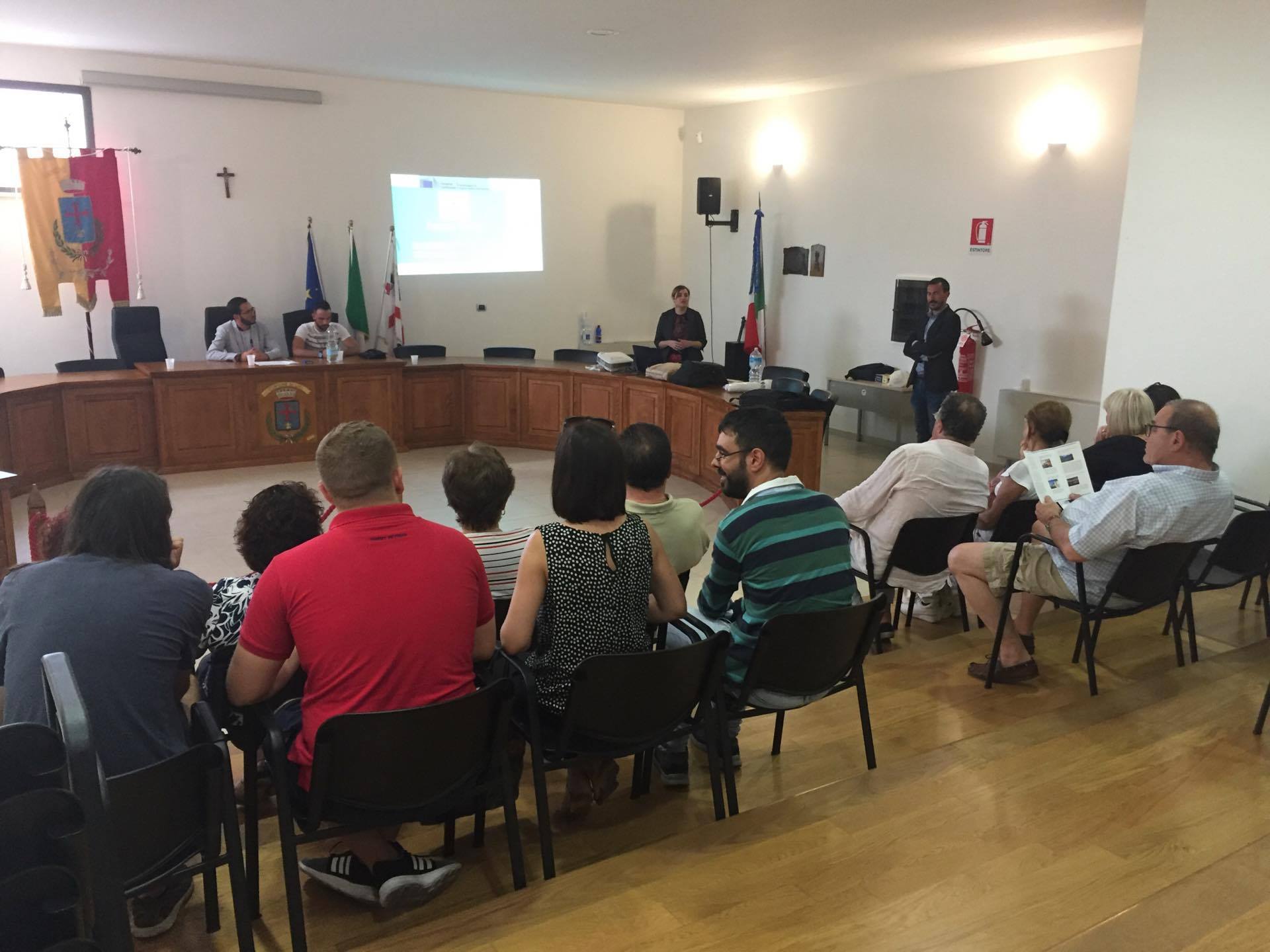 A total of 4 Fam Trips was organized in order to test the Senior-targeted tourism packages developed in the project. The Fam Trips took place in Italy, France, Spain and Slovenia with the participation of international groups of Seniors and tourism agents/wholesalers.

Mine Vaganti NGO implemented the Fam Trip in Italy in the venue of Uri (Sardinia) betweeen June 27th and 29th 2017. In the context of the Italian Fam Trip, wherein a total 12 participants (4 tour operators and 8 Seniors) from France, Spain and Slovakia took part, the tourism package “Sardinia: A Culture to Live”, centered on the cultural, folkoric and historical heritage of Uri was presented and assessed. 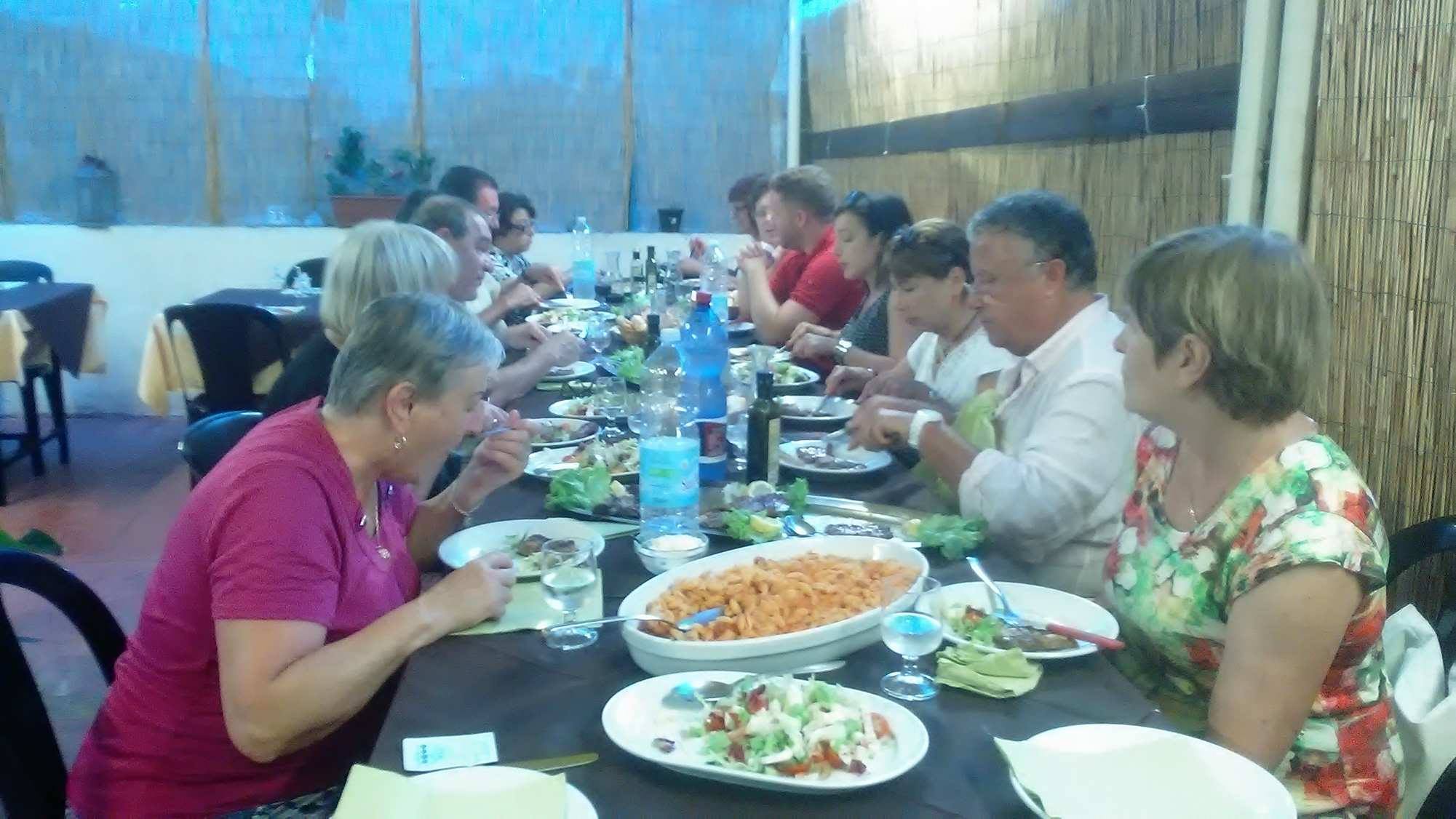 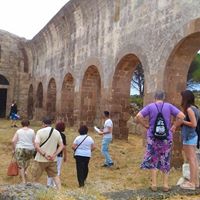 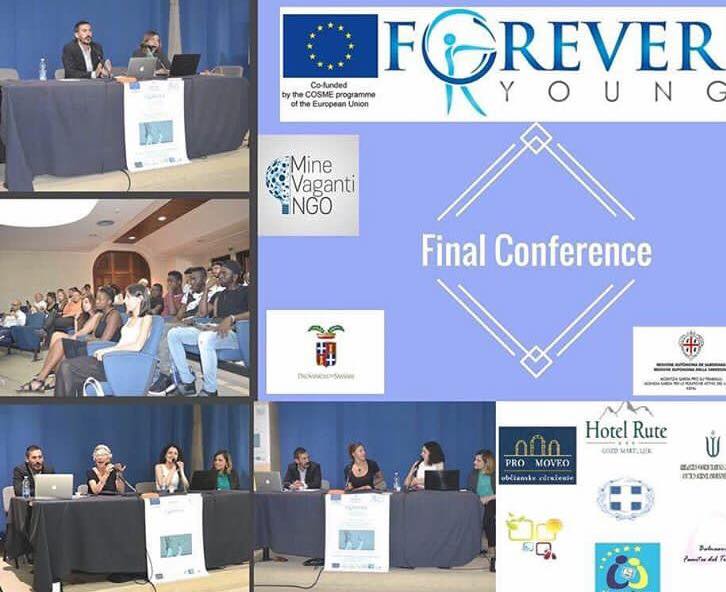 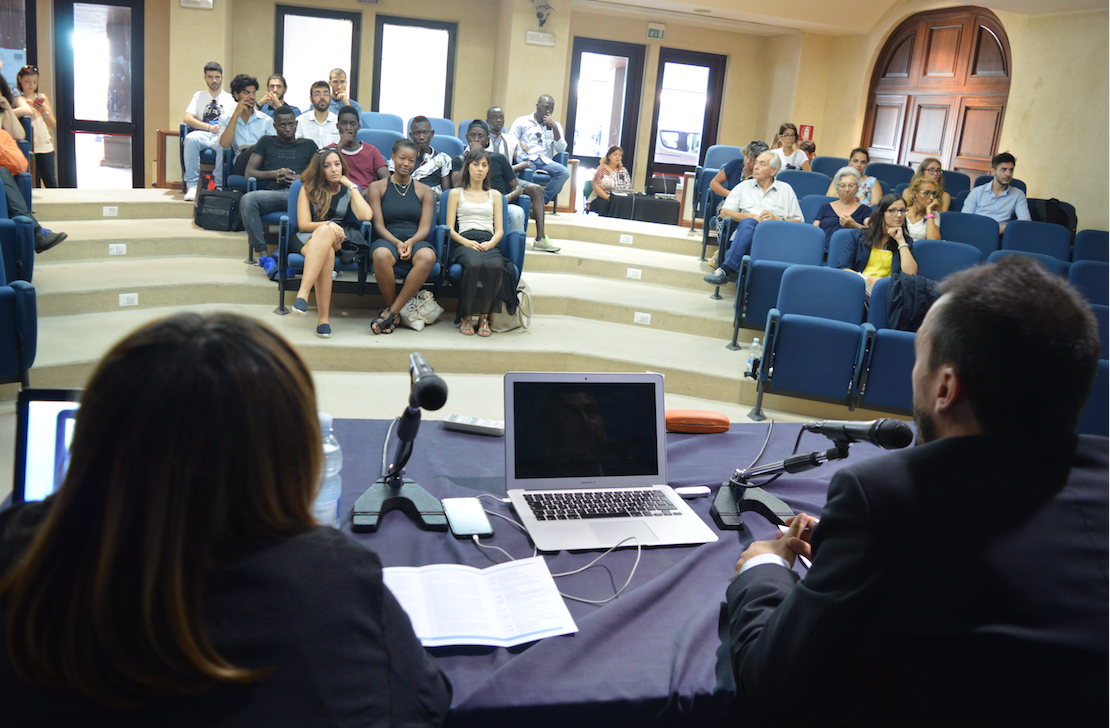 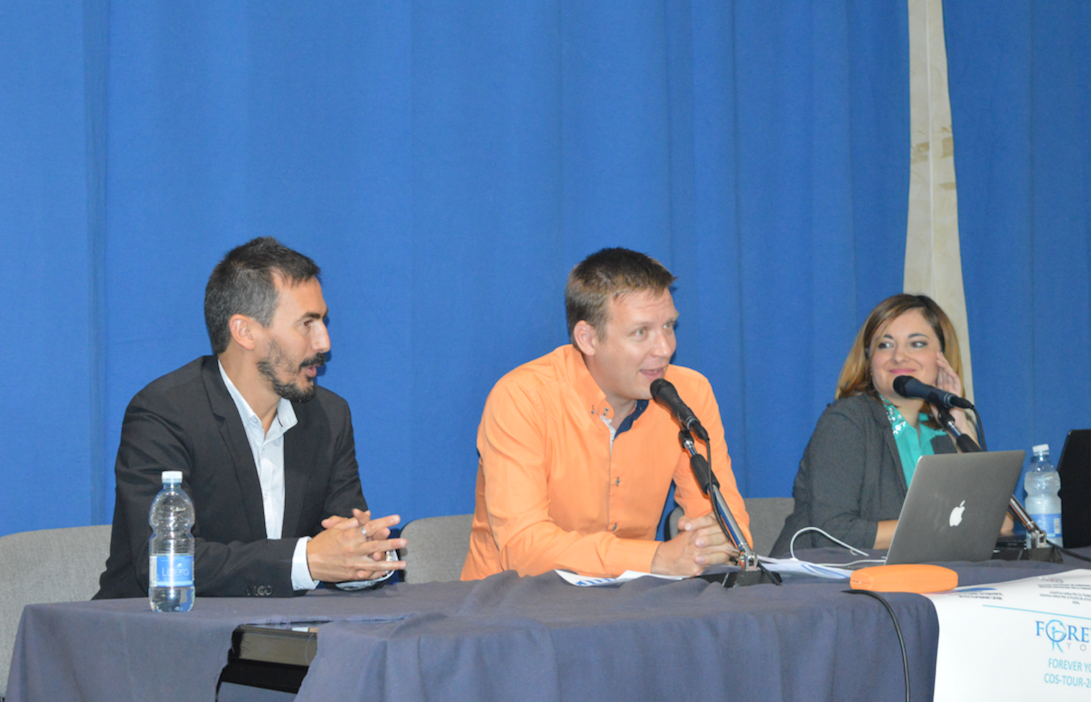 Final Digital Booklet of the project

Web page storing the digital versions of the tourism itineraries developed in the frame of “Forever Young!” 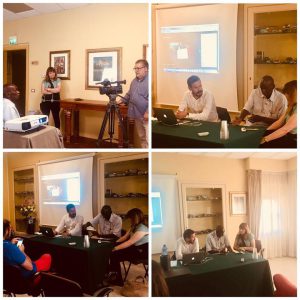 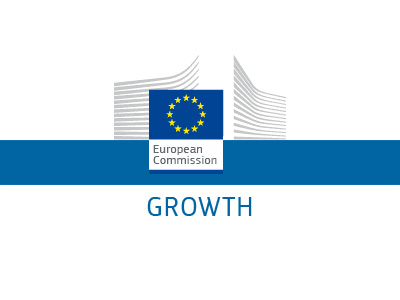 Mine Vaganti NGO was the applicant of a project proposal for the specific Call “Entrepreneurial  capacity building for Young migrants” in the frame of the GROWTH programme of the European Union.

Mine Vaganti MGO was the applicant of the project in cooperation with a Consortium composed of 6 organizations from 5 European countries (Italy, Spain, Germany, Croatia, United Kingdom).

The EC, in its “Entrepreneurship 2020 Action Plan” highlighted that the barriers limiting migrants’ access to the formal labour market also tend to push them towards self-employment at the same time pointing out that “notwithstanding that migrants have higher business creation rates than the rest of the population they fail more due to a lack of information, knowledge and language skills”.

The specific objectives of ECoDeW are as follows:
– Understanding the composition, problems and needs of disadvantaged migrants facing the difficulties of accessing local labour markets and intending to launch their own a business;
– Co-creation and testing of a tailor-made scheme of training and mentoring for supporting young migrants to reach their objectives;
– Raising wider public attention towards the situation of third country nationals intending to start an active entrepreneurial life in Europe by enlarging the existing network of
organisations, people and companies supporting them and formulating policy  recommendations towards the relevant public bodies for improving the conditions of migrant entrepreneurship.

ECoDeW methodology is grounded on Co-Design based Training, Mentoring and Storytelling to be used as a tool for needs assessment but also as part of the co-design of the training curriculum and the pilot trainings. Mentoring schemes will be used as means of knowledge and experience transfer between established and potential entrepreneurs.

Your ticket for the: Cosme “Growth”